Reunited. And It’s Thanks To You.

Imagine the joy Sam felt the day he greeted his wife and two children at the airport. It was the first time he saw them in just over a year-and-a-half.

Sam* had a job as a marketing manager in his home country in Central Africa. He was earning a good living and travelled internationally as part of his job. He was active in his community and involved in a political opposition party.

In 2019, Sam organised a peaceful rally to demonstrate his party’s objections to the incumbent party. Unfortunately, the group’s right to a peaceful protest was not honoured. Police stopped the rally, sprayed the marchers with teargas, and made arrests. Sam and three others were bundled into a police van and taken to the police station for three days before being transferred to prison. Sam was beaten while in custody.

Fortunately, Sam was one of the ‘lucky ones’ who managed to escape from custody with the help of a friend. Since he travelled for work, Sam already had a valid UK visa from a previous work trip. He arrived in the UK in July 2019 – alone. He had to leave his family behind when he fled.

But, thanks to kind people like you, Sam and his family were reunited a few months ago. Because of your generosity, Sam received two grants from Prisoners of Conscience. One helped him with the costs to bring his family to the UK, and the other helped to cover the additional unexpected expense of COVID-19 travel test packages for his family members.

My wife and I thank you for your support. Without it my family would have always remained in Central Africa, and for that we say a thousand times thank you

Thank you for helping to bring this family together again. We’re so grateful for your help in making this all possible.

*We’re using a pseudonym to protect the family’s privacy and safety. Prisoners of Conscience takes extreme care to protect its beneficiaries, and their families, many of whom are vulnerable to continued persecution if their identities or locations are made public. 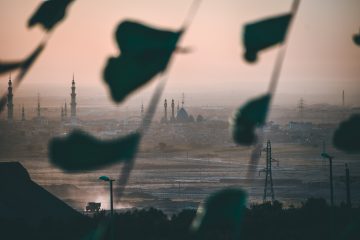 Adeeb and his family have lived their entire lives in Pakistan fearing for their safety. Being members of a minority sect within Shia Islam, they have been routinely harassed, threatened and, both physically and psychologically, Read more… 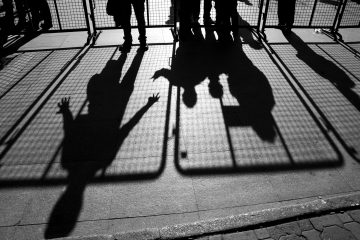 A new life in Scotland for Iranian refugee – Farhad’s story

Farhad, an ambitious student from Iran, participated in student-led demonstrations against the Iranian dictatorship, calling for reform and freedom of press. For that, he was detained and tortured.  In the lead up to the Iranian Read more…